Taekwondo is the Korean style martial arts that was developed in the 1940’s and 50’s. But Taekwondo is very different from other martial arts. Physically, it is very dynamic with active movements that include a mirage of foot skills. The principle physical movements are in simpatico with the mind and life as a whole.

Since he was just seven years old, Sam Evans has had a passion for martial arts and the a fore mentioned elements is what attracted him to Taekwondo. Six years later and Sam is now a second DAN black belt who has represented Australia in the Oceania Championships in Fiji where he took the silver medal. But the awards and victories don’t stop there. Sam has won the New South Wales State and Gold Coast championship titles in his division for the past two years.

Sam trains at, and is a member of the Five Dock based Musa Taekwondo club. The club proprietor Alex Sootho is a 5th Dan black belt and has also coached at national level. Alex and the tutors under him, offer a range of coaching techniques that suit any age. The club has a disciplined, yet relaxed environment and an atmosphere that inspires students like Sam to perform and succeed.

While most of his opponents are of similar weight, Sam often encounters taller competitors. But as he pointed out, that while height is not intimidating it sometimes means a change in tactics. A lot of his mental preparation starts the night before a tournament. Sam has learnt the standard of discipline needed to be completely focused on how he sees the fight playing out. So come tournament day, Sam is completely in tune with his coach’s instructions and ready for action.

A lot of Sam’s inspiration is simply staying fit, but he also likes to set new goals and face new challenges. Of course, representing his country has been a major achievement and a proud moment for Sam. But returning with a medal really put the icing on the cake. However, Sam still has both feet firmly on the ground and explained, “this all came about through the discipline and self-belief that I’ve learnt through practicing Taekwondo”.

Sam also credits his chosen sport for gaining valuable skills that assist in his everyday life. The discipline and restraint of knowing when and how to react in different situations. Taekwondo has introduced Sam to new friends and it’s also given him the opportunity to give back to the community. When he’s not preparing for upcoming tournaments, Sam passes on the skills that he’s acquired to younger students through teaching.

So while Taekwondo is an effective form of self defence, it’s also an opportunity for young people like Sam to gain self confidence and achieve personal goals. Sam Evans has already done his country proud, through his own personal efforts. But in turn, he also offers his knowledge to help others achieve their goals and that makes him a real winner! 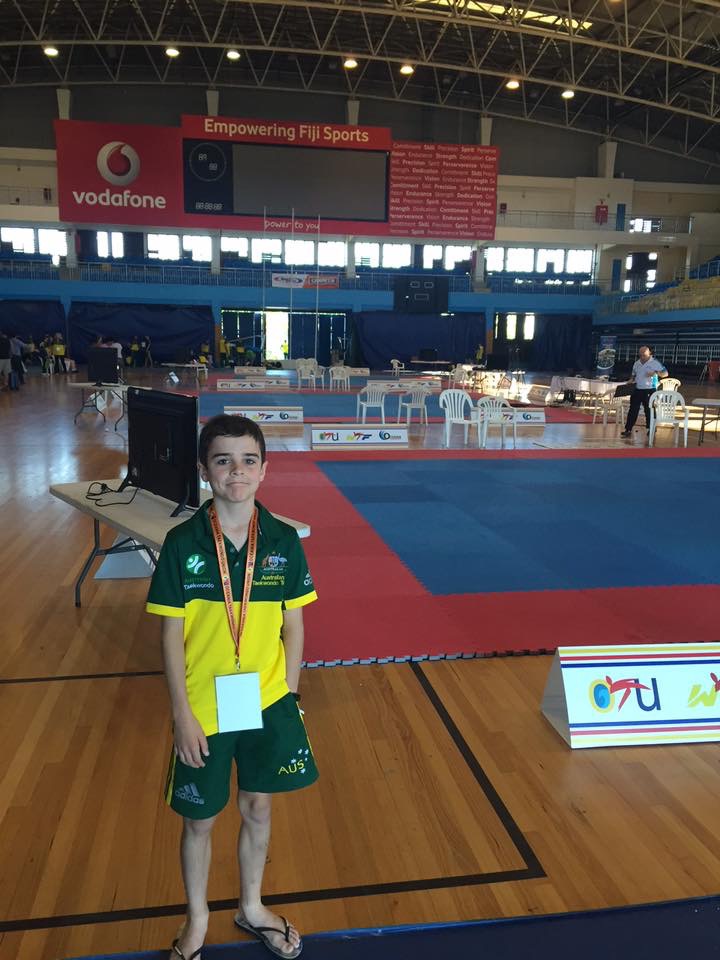 Looking for a copywriter? Look no further. I’m Luke Watling, your local copywriter from Camden NSW.

Check out my Services Page for more information.